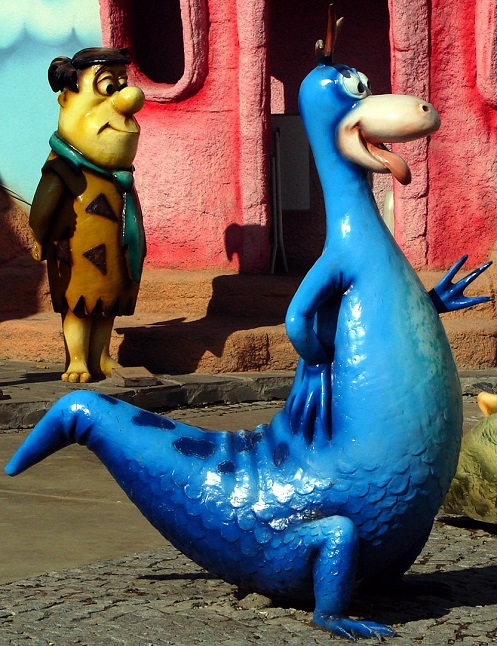 Before he became a famous television star, Fred Flintstone had a career hunting saber-tooth Tigers.

It was very risky. The worker’s comp was so expensive he couldn’t turn a profit. Frustrated, he decided he wanted to go into a career that eliminated risk, so he went into the life insurance business. Life insurance policies had 100% guarantees. The risk a company might raise the premium or not pay the death benefit didn’t exist. Fred was very successful. He and Wilma were very happy.

Then some guy came along and changed the way life insurance policies were designed. This new type of life insurance was available at a much lower premium and was heralded as a much better choice. It became very popular. People assumed, incorrectly, this policy had the same bedrock-solid guarantees as the old-fashioned kind. They were wrong.

The tradeoff for a lower premium was the loss of that unconditional guarantee upon which the industry had built its reputation. This very important fact was there in the fine print, but nobody paid any attention.

Fred quickly realized the industry was no longer in the business of providing 100% guarantees. Demoralized and discouraged, he threw up his hands and went into show business. The rest is history.

Unfortunately, Fred’s departure didn’t change the reality. Unseen risk is still risk, and too many existing life insurance policies contain a very high degree of unseen risk. The solution is being aware of what you have.

A proper review of an existing insurance policy is the best way to tilt the odds back in your favor and minimize risk.

The risk is not with the life insurance companies. When the cost becomes unbearable they’ll raise the cost of insurance and pass that on to the policy owner. If the policy happens to lapse rather than pay a death claim-all the better. Their future liabilities were just reduced. Beneficiaries, like Wilma and Pebbles, get left behind.

Here are three things we see on a continual basis as we review existing policies;

A good review reduces the risk you or your clients get stuck with prehistoric life insurance facts that don’t serve their best needs. Maybe it’s fine. Maybe it’s not.  A good response? A 21st-century policy review will identify the least possible amount of risk in a policy. That way, everyone is protected properly when they need it most. (Pebbles and Bamm-Bamm will appreciate the effort.)